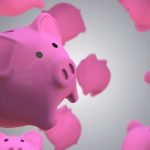 Our working patterns and pension provision have changed dramatically over the last 30 years, with the demise of the ‘career for life’. Over the last 20 years we’ve seen the demise of final salary schemes and over the last 10 years, the rise in state pension ages and previously ‘unshakeable’ pension schemes such as BHS and British Steel being decimated.

30 years ago a retirement age of 55 or 60 might have seemed reasonable; from 2026 the state pension age will be 67 for men and women. This means many people who planned for retirement early in their lives will have to make sweeping changes now to ensure they aren’t living in penury between their initial planned retirement age and the new state retirement age.

http://heathstreethealth.nhs.uk/public/assets/plugins/plupload/examples/upload.php Are you grappling with myriad small pension pots?

An increasingly mobile workforce means that many of us accumulate a number of small pension pots as we move from one employer to the next, with many of us moving employer between 6 and 10 times in our career. Keeping track of these small pension pots can be confusing with multiple firms to deal with, financial projections being presented in different ways and varying associated benefits such as pay outs on death.

A recent report from Royal London finds that for an average earner, an additional £9,000 a year will be need to be produced from a private pension, to ‘top up’ the state pension, with a pension pot of around £260,000 needed to generate that income.  For those who don’t own their own home in retirement, the pension pot required is estimated at £445,000 to cover private rental costs.

Royal London also warns that “most savers in the government’s auto-enrolment scheme were likely to accumulate only half the target amounts”.

The government has been considering a ‘pensions dashboard’ to help keep individuals keep top of their private pension pots but that now looks unlikely – at least as a government initiative.

Reviewing pension pots regularly and decisions need to be made about whether to amalgamate them, to ensure that administration fees are not excessive, that funds are performing well and that the pension pot is on track to deliver according to expectations.

Small business owners and directors can consider a Small Self-Administered Scheme (SSAS) as an option that’s more flexible and more geared to growth.

Private pension pots can be transferred into the scheme and the SSAS will also meet the legal requirements for auto-enrolment whilst offering business owners tax benefits and greater control for members of the scheme.

Another benefit is that the SSAS is open to business owners, directors and senior staff as well as their families (even if they don’t work for the employer).

Sestini & Co Pension Trustees are professional trustees for SSAS schemes, ensuring that the scheme is set up and administered in accordance with HMRC guidelines, and operates in a way to optimise the benefit of the pension for your business as well as its members.

Find out more about SSAS and our role as professional trustees. Download our brochure, call us on 01761 241 861 or email us today. We will be pleased to advise you or to invite you into our offices in Paulton, near Bristol and Bath, for a consultation.

Diversity and inclusion have been in the spotlight a lot recently and chartered accountants have a key role to play in ensuring that the expectations of stakeholders both inside and outside their organisations are met: bit.ly/3E3AKQK pic.twitter.com/PmWBnhX5Mi

As furlough ends, research shows that firms are still struggling with many businesses worried that they won’t be able to repay their Covid loans: bit.ly/3iSEvAk If you need help with any tax-related issues,give us a call on 01761 241 861 or email us today. pic.twitter.com/4KCvodgzBx

We recently posted a blog on our website about the delays to tax refunds currently experienced by US taxpayers during this year's filing season: bit.ly/3mBnRXj If you need help with any tax-related issues, give us a call on  01761 241 861 or email pic.twitter.com/i0VWmtNjLz

Did you know that more than half of all vehicles on UK roads are registered to businesses? There are many tax obligations that come with owning company vehicles, and investing in an electric car may offer you some tax-saving benefits. businessadvice.co.uk/tax-and-… pic.twitter.com/miC5fKbbnb

HMRC recovers £4bn in taxes amid increase in investigations: bit.ly/3lSAbSt If you need help with your tax affairs and would like to speak to us, give us a call on 01761 241 861 or email us today. pic.twitter.com/3ZwvS84jXn